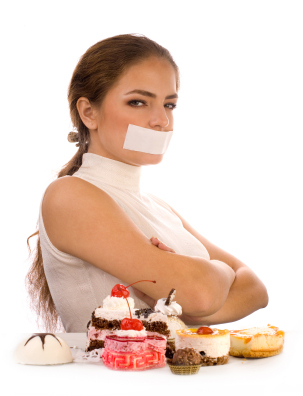 Is there a reason why some people go on successful diets while the majority are doomed to failure? The reason most diets are doomed to failure at the outset could be because of a simple mistake. This simple mistake is made by millions of people worldwide; millions of people, who have no idea why they struggle, week after week, while others seem to do well and achieve their goals.

No doubt you’ve been there, we probably all have. I was one of those people who made this simple mistake, the mistake that stopped me from losing any significant, or meaningful, weight without a gargantuan struggle. It wasn’t until I understood, really understood, the very literal way the subconscious mind, the part that runs our body, reacts to the way we think and speak, that I stopped making it.

If you’ve ever been on a successful diet in the past you somehow avoided making the mistake and that’s why you succeeded. However most people put the weight back on again.  If you did, and most people do, and you went back on the original successful diet, only to find it didn’t work this time, you made the simple mistake.

The Simple Mistake that Stops Successful Diets in their Tracks

So, what is the simple mistake made by millions of unsuspecting dieters? The simple mistake they make is, they ‘go on a diet,’ or, ‘start a diet.’ Then, when they ‘go on a diet’ that’s what they get, ‘a diet.’ What is a diet? Everyone who has ever been on a diet or on lots of diets knows what a diet means for them.  You already have all of this information it’s already downloaded into your subconscious mind.

For most people diets are hard, they comprise deprivation, calorie counting and denial. When you go ‘on a diet’ you will get all of that.  Whatever else a diet means to you, will be all you’ll get, because going on a diet is as foolish as going on a journey.

Imagine setting off in your car, ‘on a journey,’ without a destination? A journey means travelling and so you would, on this journey, just drive round and round. You’d have to fill up with fuel every so often and probably you’d sleep in the car. The journey would go on until you decided on a destination. However, the idea of anyone being foolish enough to do that is so bizarre that you cannot imagine any sane person setting off on a ‘journey.’

Setting off Without a Destination in Mind

Going, ‘on a diet’ without a final destination is just a crazy, for the same reason going on a journey without a destination is mad. When you get up to go somewhere, you have to have a destination in mind, don’t you? Even if it’s just the kitchen or the toilet you are going to, you have to direct your actions. That’s why, simply going ‘on a diet’ is utter madness yet that is what hundreds of thousands of otherwise intelligent people are doing, worldwide, every day.

On their ‘diet’ they turn down cake and treats, they count calories, cut out carbs, and increase exercise and then, when the diet doesn’t work they tell themselves they lack the willpower needed to succeed.  Yet, what if, just what if, it wasn’t so much the lack of willpower but the lack of a final destination that was creating the problem? Your subconscious mind will take you unerringly towards the focus of you attention, if your attention is on ‘diet,’ then ‘diet’ it is.

You’ll never get slim by going on a ‘diet’ but you may get slim if you ‘diet’ to reach your goal of your ideal size and weight and that’s what succesful dieters do.

I help people to create their final destination and give them tools to keep it in mind.  Tools to enable them to keep walking towards it, until they arrive there. Successful diets seem to be out of the reach of most people but they no longer need to be for you.