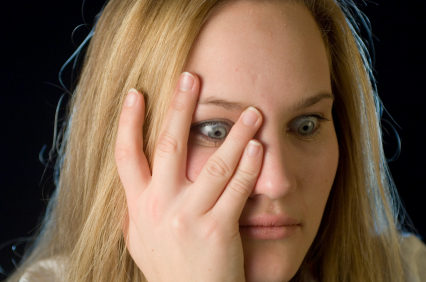 Why do Panic Attacks Happen?

Thousands of years ago when early man was faced with danger, such as attack from wild animals or rival groups, the fight or flight response (another name for panic attack) was one of the things that saved lives.   During a panic attack your body is flooded with adrenaline and all the symptoms you experience are your body’s way of preparing to fight or flee.

Your original panic attack was a result of fear.  This fear could or could not have been real.  In our modern society it is often not the real threat that scares us but the imagined threat.  Today we don’t need a sabre toothed tiger to attack us we scare the pants off ourselves with our negative thinking.

Original panic attacks can happen as a result of fear of loss, fear of money, fear of eviction, fear something may happen to your children or any number of fears.  Suffice to say that the majority of original panic attacks are brought on by fearful self-talk rather than real and actual danger.

However, once the original attack occurs the victim usually harbours a fear of further panic attacks happening.  If the original attack or any subsequent attacks occur at work, in the supermarket, in bed or in the street the fear of attack then attaches itself to a place or situation or even places and situations.  It then becomes really scary to even think about visiting those places where it is feared attack may occur.

Sometimes the original fears are forgotten as the fear of panic attack becomes the predominant fear.  Often when people are asked, “What caused the panic attack in the fist place?” they often have no idea and some believe that the attack came from nowhere.  It didn’t!  Panic attacks always have a cause and the cause is always fear of some kind.

Whether you know why or how your first attack happened doesn’t matter because all you need to know is how to stop panic attacks now.  The panic attacks you are having now are a fear of panic attacks and the more you fear them the more they will attack you.

In this article I am going to teach you one way to stop panic attacks, there are many ways and this is just one.  It works and all you have to do is test it and see.  No action = no result.

Is it Possible to Stop Panic Attacks

Imagine panic attack as a big and vicious dog, a bully who is always lying in wait for you.  This savage dog scares you and the very thought of going anywhere near it fills you full of fear.  If it’s attacked you in the supermarket in the past you tremble and blanch at the thought of going there in case it’s lying in wait for you.  If you have to go you expect an attack in every aisle or as you turn every corner.  You are waiting for it to get you and your fear is palpable.

Maybe the big scary animal waits for you in bed every night, drooling and planning its attack and you dread going to lie down because you know it will get you as it always does.  The savage animal may lie in wait at work, waiting until it can get you and embarress you in the most innapropriate moments making you fear for your job and your sanity.

It’s a bully and like all dogs and all bullies it senses fear.  The more you fear it the more it attacks, your very fear is the reason for it’s attack.  When you stop fearing it the panic attack will lose its power and it will stop attacking you.  If that sounds too simple to be true I urge you to try it and see.

If you’ve ever been bullied you’ll know that the day you stood up to the bullying was over.  You might have been bashed or got a bloody nose but the bully went off and picked on someone else afterwards.  The panic attack will act in exactly the same way when you cease being scared of it.

I expect your usual mode of dealing with panic attack is to worry about getting one or to try to bolster yourself up by saying you won’t get one.  Alternatively you may try not to think about it in the hope that not thinking about it will prevent it from occurring.  None of these methods work, if they did you would be free of panic attacks already but you aren’t so what can you do.

At the slightest sign of panic now or at any time in the future say, “Bring it on, come on you can do better than that.  What’s all that about,” or words to that effect.  I can guarantee that when or if you try to bring on a panic attack you cannot do it.  Try it now, go on but no matter how hard you try you cannot.

The more you use this method of stopping panic attacks the easier it gets and as an added bonus this method works with any fear.