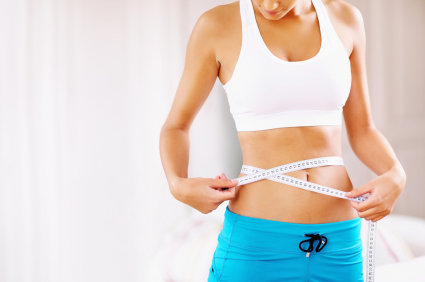 What if everything you’ve been taught about eating is wrong?  You came into this world knowing how to eat, knowing what to eat, and knowing how much of it to eat. Then the adults around you began the process of re-training you. Babies cry for food when they are hungry and they stop eating when they are satisfied.  That’s it, that’s how to eat, it is programed into every one of us. Reading this article, lose weight – the breakfast debate may help to throw some light on why you may be overweight.

You arrived with your perfect inbuilt eating program but it wasn’t long before mum and dad got busy re-training you. They couldn’t wait to train you into eating three meals a day like them. Then, you could no longer eat when you were hungry, you had to eat at set times. You were trained to eat breakfast, lunch, dinner and sometimes supper.  However, have you ever asked yourself whether you were hungry for breakfast before you ate it, or do you just eat breakfast because you were trained to do it?

As a child, if you were like me, and my generation, out playing, running skipping and roaming the countryside, it was ok to eat all those meals. Hardly any child was fat those days; we needed all those calories we were consuming, we walked to school and we played outside. We ate plenty of puddings, bread and jam, breakfast cereals and biscuits and came to no harm; those were the days.

Eating out of Habit

The majority of people still eat the way they were taught or trained by their parents, and most of them never think to question the wisdom of it. Of course if you are slim, there’s absolutely no need to even think about it but if you are overweight it may help to take another look at your early training.

Humans, and domestic animals, are the only creatures that eat according to the clock, instead of eating in response to hunger and they are also the only creatures who get fat. There are no overweight animals in the wild. Some animals are big and bulky and some slight, some put on weight to hibernate, yet none are fat. Wild animals aren’t overweight because no-one trained them to eat any other way than naturally.

A lion will lie around for days, yawning, sleeping and scratching while thousands of wildebeest roam past but it won’t get up to catch one until it’s hungry. You, on the other hand, eat because, it’s time. The lion is in touch with its body, it knows what a feeling of hunger feels like; when its stomach growls, it’s time to eat. You look at the clock and say, “Time for lunch.” I wonder if you even remember what real hunger feels like, and maybe that’s why the lion is lean and you are overweight.

Let me ask you a question, “Do you eat breakfast?” If the answer is, “Yes,” why do you do that? Are you hungry when you get out of bed in the mornings? If your automatic answer is, “Yes,” I’d invite you to examine that belief or idea. It’s unnatural to be hungry when you get out of bed, hunger is something that has to be earned; in other words, hunger is a result of energy expenditure and during the night there has been no expenditure.

Throughout history, mankind got up, went to work and then, broke fast (breakfast), possibly late morning, around 11am to noon. As they were probably early risers, especially in the summer time, by the time they ate they may have been up, about and working for about 5 to 6 hours. By the time they ate they’d have really earned it and they’d also have been really hungry.

Breakfast throughout the Ages

In fact, breakfast in medieval times, was solely granted to children, the elderly, the sick, and those who had to perform heavy labour. Anyone else did not speak of, or partake of, eating in the morning. Eating breakfast meant that you were poor; a low-status farmer perhaps or labourer, or too weak to make it to the midday meal. Medieval people saw gluttony as a sin and a sign of weakness and men were often ashamed of eating breakfast.

The second meal of the day was taken at the end of the working day and this is how it was until the industrial revolution. During this period, people swarmed into towns to work in the mills and factories. It was no longer possible to come home for the normal break-fast and so the workers began to eat before they set off to work and to eat again at the end of the working day.

In those days there were no unions, no lunch breaks and no containers of any kind to take food to work in. No doubt those who still lived in the countryside carried on in the old way. Nevertheless, two meals a day was the norm. Then came along Mr Kellogg, who told us all it was healthy to eat cornflakes for breakfast. Health farms sprang up in the USA where rich people could go to get fit on a diet of morning cornflakes, exercise and cold baths. The idea caught on and we’ve been eating breakfast cereals ever since.

So, why eat breakfast if you aren’t hungry? Those I’ve asked have often said, “Because it’s the most important meal of the day, it gets the metabolism going,” or some such thing. I expect you’ve heard that one but its absolute bunkum. There’s supposed to be some scientific reason why skipping breakfast makes people fat. Funny that, because all the overweight people I work with, that follow that advice and religiously eat breakfast are overweight. Somethings not adding up!!

Remember that expert advice changes with the weather; the so called experts can’t agree on anything.  Their advice to cut fat from our diets and replace it with carbohydrates has created an epidemic of obesity and misery.  If you want advice, take it from nature.  Do what all wild aninals do, wait until you feel hungry and when you’ve made sure, it’s real hunger you are feeling and not just thirst, eat.  Your mum and dad may not have given you the luxury of doing that but you’re a big person now.

The other reason people give me for eating breakfast when they aren’t hungry is, “In case I get hungry later.” Well you will, that’s the idea, and wouldn’t that be the time to eat! I know there are some professions and circumstances when it would be impossible to eat while working, but not that many. You probably could eat later in the morning, or, even better, wait to eat until lunch time.

If you do feel hungry, feel really pleased about it, hunger means your body is saying, ‘feed me’ and every minute you don’t respond to its message, is a minute that your body is using its fat stores. Be happy; tell yourself how brilliant it is that you are getting slimmer, right in that moment of time. Any hunger you feel will only be slight; you’d have to go a long time before you were really hungry or starving so don’t worry, it’ll do you good.
Rejoice, now you are one meal a day down, and see how simple it was.

I help people with weight issues in person, via Zoom and by phone.  Now could be the best time to put an end to the constant round of yoyo dieting and past failures.

Check me out here:  Lose Weight – The Breakfast Debate