How To Quiet The Ego

The Ego Is Your Pain Body 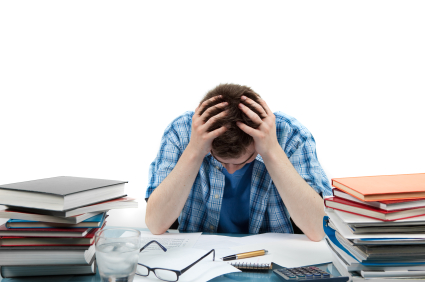 Your ego doesn’t like upsetting the status quo and is invested in keeping you where you are even if it is painful.  It likes to be in control and likes to be heard.  You’ll be much more successful in life if you can learn how to quiet the ego when it is bulsily putting you down.  There are several ways of dealing with the ego when it insists on being heard and this technique is one of them.

Have you ever noticed that when your ego speaks, telling you that you shouldn’t do this or that, predicting failure and retribution you get angry with it?  Sometimes, no doubt, you tell it to ‘Shut up and go away.” Other times you may try to ignore it and pretend you don’t hear what it is saying.
The problem is that your ego won’t go away and it won’t shut up either so one of the strategies you can use is to make friends with it.  Imagine your ego is another person of the same gender as you perhaps.  Imagine that this person is with you always, sharing the same body as you, almost like a Siamese twin.

Can you imagine being joined at the hip with someone who is berating you and telling you off and warning you of impending disaster?  If this occurred in real terms you would more than likely use the normal ways you have of dealing with this those who won’t shut up.

You could argue back but arguing back doesn’t work.  Remember when you argued back with your Mum or Dad.  Often this just makes matters worse.  Most times the people you are arguing with are so invested in being right that they just keep on getter more and more insistent.

You could take it on the chin, believe what the ego is saying and feel really bad but this is still not a good strategy because then you take on board what it says and end up truly believing you are flawed.  Thirdly, you could just say nothing externally while running an internal dialogue disagreeing with everything that’s being said while feeling angry.  This is still not a great strategy as it solves nothing and still makes you feel bad.

There is another way though, and maybe in all the disagreements you’ve ever had you have used it little, if at all.  This way is to agree with the person/ego.  When you do this the other person/ego is disarmed and everything changes.
Sounds crazy I know, but believe me it works.  Whenever you find youreself berating you agree with your ego’s verdict about your shortcomings it knocks the wind out of it’s sails and leaves you to come to a place where you can talk about things in a constructive way.

Let’s have a look at how this could work when dealing with the ego:

Ego……”You’ll never lose weight, I don’t know why you even bother trying.”
You……”Thank you for telling me that, and for pointing that out to me.”
Ego…..”Well why bother, you’re getting fatter all the time?”
You…..”I appreciate your input.”
Ego….”You keep on saying you’ll do it but you never do.”
You….”You are right and I apologise.”
Ego…..”Well stop saying you are going to lose weight when you don’t mean it.”
You…..”I agree with you, what do you think I should do?”
Ego…..”If you really want to do something about it, mean it.”
You…..”Thanks, can you help me with that?”
Ego…..”Well you know what to do if you want to lose weight, you’ve done it before.”
You…..”I know, I need reminding, can you remind me?”

And so on.  Make friends with the ego and get it on your side.  Like everyone, if it is shown respect and approached in the right way it will help.  Get into a fight with it and all you’ll get is conflict and pain.  Listen to it, treat it well and it will be an ally instead of an enemy.

Contact me at:  christine@makingpositivechanges.co.uk
I work with people all over the world by phone.
To your success Christine