How To Overcome Problems

How to overcome any problem: 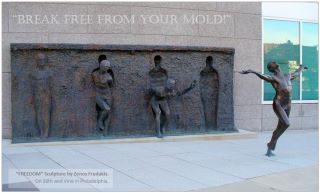 For as long as man has existed he’s come up against problems.  In all probability he has attempted to overcome them using the age old fight or flight methods.

No matter what the problem is, the human way of dealing with it is to try to fight it or to ignore it in the hope it will go away.  Neither of these two methods work however and here’s why.

If you have a problem, an illness, a behaviour, an addiction, money problems, lack of self-esteem or self-worth, a problem child, a difficult job or no job at all fighting the problem will not make it go away.  You can beat yourself up daily, threaten you or anyone else and instill as much fear as you think might do the trick to stop yourself doing whatever it is that you do and all to no avail.

Trying to ignore a problem and hoping it will go away is even worse than trying to fight it.  The problem is, it’s impossible not to think of something.   Just try not to think of pink elephants to see how true that is.  You can no more get over a problem by ignoring it, or trying to ignore it than you can get over it by fighting it.  Neither method works but people everywhere are using those two methods on problems of all kinds.

It’s not just individuals who are trying to let go of things by focusing on them, governments all over the world are also making these mistakes.  The war on crime, on drugs, on terrorism and on poverty increases all of these things.  The war on cancer creates more cancer.  The very people who should be helping us by telling us or teaching us how to overcome problems are our leaders or our church and neither of these institutions is using the correct methods.

The only way to overcome any problem is transcendence.  The English dictionary defines the word transcend as ‘to rise above’ or to ‘surpass.’  What we do when we transcend a problem if to stop fighting it, stop telling ourselves not to do whatever it is we’ve been doing which may be any of the following:

Transcendence also means stop trying not to think of the problem because it’s Christmas, holiday time, the weekend or because you are fed up with the fight and getting nowhere.  Transcendence means to stop both of those methods, they never worked anyway and to begin to focus on, think about, write down, and talk about what you do want.

Don’t fight your problem, don’t try to run away from it, transcend it.