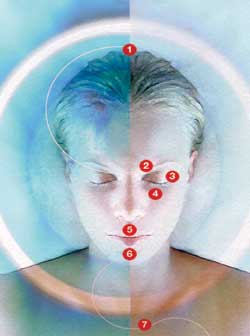 Pain relief is one of the most widely used benefits of EFT. Even though EFT doesn’t work in every single case of pain it works more often than not and many people have turned to EFT for pain relief to alleviate and manage their pain. Patricia Carrington in her book ‘Multiply the Power of EFT’ gives us this new way of working with pain.

I have tried this method with great success and recommend that you try it too. The method makes use of something called re-framing’ and involves changing your thoughts about a pain or discomfort from their present context and looking at it in an entirely new way. This involves speaking and thinking about the pain in a different way. (Using different words to describe it)

Patricia tells the following story to illustrate how this works. She encountered a man on a workshop some years ago who told her this story. Over 30 years previously at the age of 30 he had been diagnosed with an inoperable brain tumor. He was offered an experimental and highly risky operation which he decided to chance.

The man recalled lying in his hospital bed after his operation feeling down, frightened and abandoned as he listened to the comments of the medical personnel around him saying his situation was hopeless and that there was nothing they could do for him.

As the days passed in the hospital he developed a very disturbing symptom. Several times a day he would feel as if he had been struck by a bolt of lightning which would literally pin him to the bed. It was painful and terrifying and each time it happened he felt as if he was being struck a mortal blow.

Then one day something unusual occurred. A thought entered his head and told him to start to view these attacks in a different light. He immediately decided to re-label them in his mind as evidence of healing and from then on each time he had one he would thank his body for the healing that was happening. He would say to his body, “Thank you for healing me.”

Within a little while he actually started to look forward to the shocks as evidence of his healing. What is remarkable about this story is that he mysteriously started to heal and was eventually discharged from the hospital with an inexplicable case of remission. At the time of narrating the tale he had been free of any re-occurrence for over 30 years.

He did not have EFT of course to help him with this re-frame he did it using his mind alone.  With the advantage of EFT for pain relief imagine how much easier it can be. Here’s how to do it:

First identify the pain, discomfort or distress that you would like to get rid of and give it a name like, ‘this pain’ or ‘this distress’ or ‘this stiffness’ etc. Now write down a detailed description of the pain or stiffness and either articulate it or write it down. An example would be:

Then add any other details or descriptions making it as detailed as possible.

When you start to tap on it you will simply refer to it as ‘this pain’ or ‘this distress.’ Your deeper mind will know what you mean by that statement.
Next, take an intensity rating on the 0 to 10 scale and formulate a re-framing statement thus:

“Even though I have this pain (stiffness/ache), I choose to know it’s there to heal me.”

Or “Even though I have this pain (stiffness/ache), I choose to accept it as evidence of my healing.”

Or “Even though I have this dis-stress, I am grateful to the Universe for giving me this pain to bring about a breakthrough in my healing.”

Try not to figure out what the healing is or how it will manifest itself, simply say the statements and know and trust that something will happen, somehow.

Rejoice when the pain is present saying, “Oh good I’m being healed.”

After using either one of the above statements three times or, if you are feeling adventurous, using all three once each, go on to tap around the points repeating the negative at each point and then tap another round using the positive thus:

SE……”I choose to accept it as evidence of my healing.”

UE……” I am grateful to the Universe for giving me this pain to bring about a breakthrough in my healing.”

UL……”I choose to accept it as evidence of my healing.”

CB……” I am so grateful to the Universe for giving me this pain to bring about a breakthrough in my healing.”

UA…….” I choose to accept it as evidence of my healing.”

Hint: As you say the statements it helps to emphasize the words in bold as this adds feeling to whatever you’re saying meaning the statement is accepted much easier by the subconscious mind.

After one whole round of positive and negative take an intensity rating on the pain and repeat. Carry on doing this for a few days and the pain will more than likely recede into the background.

EFT is so wonderful. Please try this.

To your success, Christine