Have You Got A Public Speaking Fear? 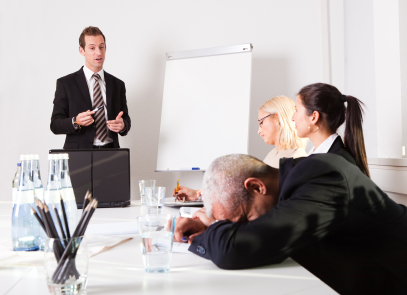 Do you shake in your shoes at the very thought of standing up in certain situations and speaking?  If so you aren’t alone.  Fear of public speaking is the number one fear in the USA.

If you have to make a speech do you get knots in your stomach, sweaty palms, clammy skin and or rapid heartbeat?  Are you terrified that you might clam up, forget what you have to say, stutter, sweat, faint or get tongue tied?  Do you think that others will think you’re stupid or are you worried they might laugh?

Do you have to speak in front of your co-workers or office staff and the thought leaves you terrified?  Have you promised to give a best man’s speech and find yourself shaking in your boots at the very thought?  Have you joined a networking group and you are finding it difficult to sleep the night before?

It doesn’t matter whether the number of people you have to speak before is three, 30 or 300, you can still feel the same fear and anxiety.

Many people experience the ‘jitters’ or ‘butterflies’ when faced with speaking in public.  The fear usually began in childhood and has followed us throughout life. The fear will have accompanied you throughout your entire education and right into your working life.  If you don’t address the problem you will take it to the grave.

If a public speaking fear is blighting your life you can address it now and have done with it for good.  Thanks to a wonderful technique known as EFT or Emotional Freedom Technique, no one need no longer take fear of public speaking with them throughout their entire life any more.

EFT has its roots in the ancient practice of acupuncture but instead of using needles to activate the acupressure meridians, they are activated by tapping on the end meridian points.  EFT has shown great results and is beginning to be used by therapists, psychologists, psychiatrists and various medical doctors around the world.

EFT can be used to remove the fears you feel at the thought of public speaking leaving you free to improve every single time you have to speak.  You can be amazed at the difference a single tapping session can have on all performance nerves.

EFT started in America with Gary Craig and is now being used all over the world to help people in all situations overcome emotional problems ranging from fears and phobias, grief and pain and the terrible traumas of war.  EFT can often work when other treatments have not.

Because of the simplicity of EFT and its effectiveness it has spread quickly and  widely.  Used by professionals and lay people alike, it’s so easy and so effective that those who don’t know it or use it are missing a wonderful chance to heal mental, emotional and physical problems.

EFT can be used on babies and children of all ages.  It can be used to help with children’s educations and social situations of all kinds.  It has been used to prevent bullying and for passing exams.  The uses EFT can be put to are unlimited.  EFT is 100% safe to use; as safe as soothing a loved one by patting their back to make them feel better.

Emotional Freedom Technique is becoming more and more recognized. You may have seen it used on TV with great success.  It is used in extensively in the sports arena and is taught to top sportspeople all over the world and in all sporting fields to relieve stress and boost sports performance.
EFT can also be used to:

Here’s what Christine said after using EFT to overcome her Public Speaking Fear:

I wouldn’t have been able to do it without EFT.  I would go to the toilet and tap away my fear before speaking.  It’s been several weeks now and every time I get up it gets better.  It such a relief.  The EFT coupled with the techniques you taught me worked wonders.

thank you for the session I felt so up afterwards and my whole self is feeling better. I’m tapping through the scripts you sent me and it’s making such a difference. I can’t understand why nobody’s heard of this.

For the first time ever I went to the supermarket and walked straight past the cakes and biscuits. It was fantastic, it’s never happened before, and it was so easy just like you said.”

What a fascinating workshop. thoroughly enjoyed it and want to learn more.