The Law of Supply and Demand

The ‘Law of Supply and Demand’ states:

Demand will equal supply and without demand there will be no supply. This is as true in the mental/spiritual world as it is in the physical world. The Laws of Electricity and Aerodynamics were within the Universe/Mind of God since the beginning but until they were demanded by man they lay dormant until such time as they called upon. They were not withheld deliberately but the ‘Law of Supply and Demand’ is not fulfilled until demand sets it in motion. 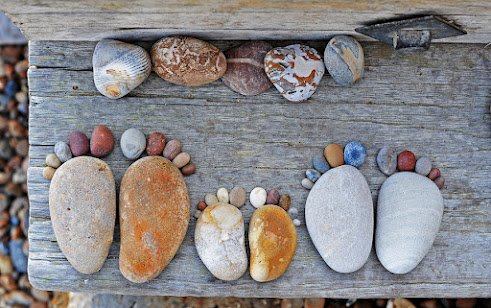 No-one will employ you until you demand it or apply for the job and no-one ever asked you out on a date until you demanded it either. You may think it was the other who asked you out on a date but in actual fact, if you examine your thoughts, you’ll find that the demand first came from you. You demanded a relationship and the Universe/God answered by supplying your demand. It may seem as if your significant other came out of the blue, out of a chance encounter, but chance encounters are a thing of romantic novels; nothing happens by chance.

The Universe is forever responding to you and whatever you are focussed upon is understood as a demand. Focus on illness is a demand whether you think you want illness or not. Even if you are speaking about not wanting to catch the sickness that is doing the rounds you are focused on it and that is a Universal demand. Don’t be surprised if you get the very sickness you are trying to avoid.

The Law of Supply and Demand

That’s why you must demand from The Universe/God it’s opposite. If you want to be supplied with health you must demand health. It’s not enough to just live and hope things will be well because we are all surrounded by and assailed by negativity on all sides. Health is a part of the Universe as is abundance, joy, happiness, success and any other attribute you could imagine. The only reason you may not be enjoying any of these things is because you have made no demand on them.

Not only that but if you are sick you have demanded sickness, either through fear, through focus upon that kind of particular illness, through belief in heredity or just because you have become infected by fear of illness. To be healed demand health, demand healing of all bodily conditions. If you are in lack you somehow demanded it for all of the above or similar reasons. Of course you didn’t do it deliberately but until you demand its opposite you will carry on being effected by the virus of sickness, lack, unhappiness or worse.

The world becomes infected by the virus of lack when the powers that be begin to tell us the things that plunge us into recession.  Once infected we have to suffer the illness until we demand it’s opposite.  You can either wait until the whole world decides the illness is over or you can be healed as an individual and demand prosperity now.

Declare health, demand it. Stand firm and tell illness or lack to remove itself and demand health and prosperity instead. Do the same with any problem, talk to it, tell it to be gone and put in your claim for its opposite.

To your amazing success and happiness,