The Law of Substitution

The Law of Substitution states:

On the physical plane you can drop a pen from your hand and have a pen free hand but on the mental place that is impossible. The reason for this is that you are forever thinking and you cannot not think about something. If you are thinking about something unpleasant such as having to walk home in the thunderstorm that has just erupted without an umbrella or top coat you cannot not think about it. 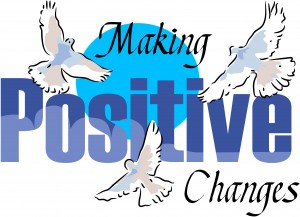 Instead of thinking about the thunderstorm you can substitute the thoughts of a nice warm bath once at home and a steaming cup of tea. That won’t make the thunderstorm go away but it will make you feel better. Whatever you focus upon you get and if you focus on the positive instead of trying to push away the negative, which is an impossibility, life will change.

Thoughts create movies in the mind; if you don’t believe me try thinking some. We humans see in two distinct ways; we see through our physical eyes at ‘what’s out there’ and we see in our mind’s eye. The mind’s eye pictures are not a sometimes occurrence they are an all-day occurrence and I believe it’s very rare for the inner and outer pictures to match.

The pictures you create in your mind’s eye are a result to your thoughts, your words and even the things you hear from all around. When you enter a conversation, read a book or watch the TV the words are interpreted by you and turned into mind pictures. That’s why when you talk about what you don’t want you get more of it. If you don’t want to feel embarrassed or stupid you just pictured it so the ‘Law of Attraction’ will give you it.

In the Bible, Jesus told his followers that the only way to Pray was to say, ‘Nay, Nay and Yea, Yea.’ Interpreted this is the ‘Law of Substitution’ in action. When you hear a negative thought deny it. Say, “This is not true,” (Nay) and replace it with what you choose. (Yea). This turns, “I think I’m coming down with something,” to “When I wake up in the morning, I’ll feel as healthy as an ox.”