The Law of Cause & Effect

The Law of Cause and Effect states:

Every cause has an effect and every effect has a cause. Sometimes known as the ‘Law of Karma’ it means that every thought and consequently every action has a consequence. The Indians know the Law as Karma and believe we may come into this life with difficulties to atone for a past life’s mistakes. 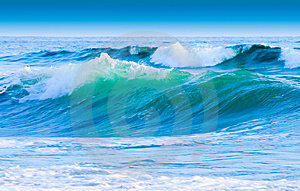 The ‘Law of Cause and Effect’ states that every action or thought has an effect, a benefit or a consequence and therefore, ‘We continually reap what we sow.’ If we cheat we will be cheated upon, if we steal we will be stolen from and if we criticise we will be criticised. And it doesn’t matter whether the cheating, the stealing or the criticism is covert or overt the consequences are the same.

Jesus made this plain when he said the man who lusted after his neighbour’s wife was guilty of adultery. But how can this be? Surely if the thief gets away with his act, the cheat is never caught and the critical person doesn’t voice their opinion out loud but keeps it private there can be no repercussions! Unfortunately, or fortunately, for the worlds sake there is always at least one witness to every transgression made, every sin committed and the witness is the perpetrator of the act.

The ‘Law of Cause and Effect’ is not waiting for you to make a mistake so it can zap you and get you back, Karma comes from you. You punish you and no matter how long it takes for Karma to reap what it has sown it will always come back in the end. Guilt will out, somehow, somewhere, simply because it sits in the subconscious awaiting retribution. If you’ve ever felt guilty about something, and who hasn’t, you’ll know the feeling that creeps over you from time to time when the subject turns to something similar.

The good you do also reaps its rewards and every good deed or word brings back a favour, some help or some support from someone. The good doesn’t necessarily come back from the source it went out to and it can come back from a completely different source but come it will. In the same way you don’t have to broadcast your digressions there’s no need to let everyone know about the good things you do, the one witness is enough, you.

Thoughts, actions and deeds do not happen in isolation. Each one sets in motion a chain of events that go out from source like a ripple on a pond and eventually the ripples return to the originator or back to source. Hence the saying, ‘What goes around comes around.’

When you are fully conversant with the Law of Cause and Effect it becomes easier to jettison old negative behaviours and replace them with good intentions so you can reap a good harvest. Therein lays the wisdom of the saying, ‘Love thy neighbour as thyself.’ We can only reap love if we sow it and get respect if we give it. Be forever mindful of this and when you are tempted to accuse others of something, turn the accusation around and ask what you could have sown that is reaping this behaviour.

Metaphysics offers a way to overcome Karma and start again with a clean slate. For more information email me at: christine@makingpositivechanges.co.uk

Working with people all over the world by phone.