The Body Code can be used to Remove Curses 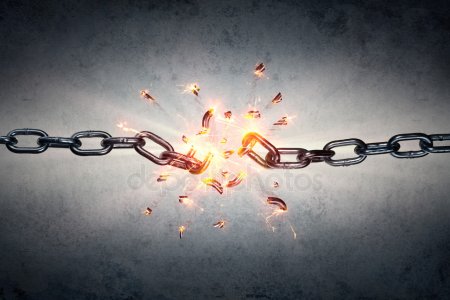 Have you ever felt bound, as if by chains, to addictive substances, or addictive behaviors, that despite your best efforts you cannot seem to overcome?  Do you continually seem to attract negative circumstances, or do you continue to fail, over and over again?  Are your relationships doomed to failure?  Have you failed in business?   If bad luck seems to follow you around, have you ever felt you were cursed?

Curses are real!  Curses can come from many places and many people.  Entire peoples have been cursed and curses run throughout the Bible.  Jesus cursed the fig tree and it died from it’s roots and withered by the following day.  Noah cursed his son Ham and all of his descendants.  In certain societies an otherwise healthy man can be cursed and die within a day or two, so we all know that curses can kill.

Of course, modern man might think that curses have no power in this westernized society but this may not be the case.  In all probability, if you heard that someone had a voodoo doll, a replica of you, and they were sticking pins in it, you would laugh, in which case the curse may go straight back to the person who sent it.  However you may have been cursed in a way that both can, and does affect you.

Some curses have come down through generations, your ancestors may have been cursed, either as a group or individually.  In the same way genetic illness can be passed down curses may be affecting you.  Removing Curses using the Body Code can really help to remove these kinds of curses as they can be found using muscle testing and then removed in a simple and effective way.

Cursed by Your Family

So many people have been cursed by their own families and you might be one of them.  We tend not to look on the things our families said to us as curses, but they act in the same way as curses, and they are, in fact, curses.  “You’ll never make anything of yourself,” if spoken over a person, and taken on board by them, is a curse.  “You’ll end up in trouble,” another curse.  “You are easily led,” or, “You’ll end up killing yourself.”    Even this one, “He/she’s too clever for her own good,” can create all kinds of trouble in a person’s life.

Some curses sound quite amusing, like this one, given to a relative by their great aunt.  Although she loved her great nephew dearly she always said of him, If (………..) fell into a bucket of s–t he would come out smelling of roses.  She laughed every time she said it, but what she didn’t realize was that although her beloved nephew did always come out of every negative situation smelling of roses he had to fall into lots of buckets of s–t first.  Imagine how many, well meaning families put curses on their children without realizing what they’ve done.

The average person might have several curses that are holding them back from the success they deserve, or the good relationships they came here to enjoy.   You may have been cursed by a teacher, or even several teachers.  Even friends can unwittingly put curses on us.

You Can Curse Yourself

You may even have cursed yourself.  Whenever you’ve said, with conviction, something like, “I’ll never be able to do that,” or “I’ll never be like them,” you have unwittingly cursed yourself.   You may have been cursed as part of a family too.  As a child we would sometimes sit and think what we would do if we won the football pools and after an hour, or so, of /thinking what we’d spent the money on, I well remember my mother saying, “But it’ll never happen, money’s not for the likes of us.”  Believe me, my mother didn’t make that up, it had been passed down in the family.  Using muscle testing, I found that it came down my mothers line and went back for 46 generations, over a thousand years, taking us back to about the year, 1,000 AD.   I have now removed that curse.  I’ve taken it out of all those who have gone before me and out of my decedents too and now money flows more easily into my life.

As humans we may have innumerable curses that may be impacting on many areas of life, and when working with clients I look at the parts of their lives that aren’t working and begin there.

Sometimes the result can be quick and almost miraculous.  After one session a client had her impediment to success removed.  Despite having qualified as an accountant …………. had never been employed as one, but had only ever worked as an assistant to other accountants.  Her wages had never matched her qualifications either and she was frustrated at always being treated as a dogsbody.  She had left her previous job because the atmosphere was toxic and had been told by the job agencies she was with that she would struggle to get another job at £23 thousand a year.  After one session of finding put what was blocking her and removing it, she was, within a week offered a job as an accountant with a starting wage of £30 thousand a year.

Book on line:  Book a block of three sessions:

I work with people world wide by telephone or Skype

To Find Out More Healers Library